Cypher System characters are built with a three-part sentence. You might be a Rugged Warrior who Stands Like a Bastion. A Guarded Adept who Keeps a Magic Ally. Perhaps a Graceful Explorer who Moves Like the Wind. Or a Charming Speaker who Bears a Halo of Fire. Each part of your sentence says something about your character—but also provides some of your abilities, skills, and stats. They even offer guidance on your connections to other characters in your party, creating bonds that can be a foundation for an ongoing campaign, or facilitate great roleplaying in one-shot adventures.

Cyphers give characters single-use abilities frequently gained and spent, adding variety to the character’s capabilities and providing exciting new approaches and options. Depending on what’s appropriate for the campaign, cyphers can be subtle, representing advantageous conditions, blessings, or unusual turns of luck, or manifest, in the form of minor magic items, charms, or bits of unusual technology.

Creating a great Cypher System character is as easy as coming up with a great concept. You build the character you imagine through a short, easy, largely math-free character creation process. And you get a character with depth, nuance, and flexibility.

Let’s take a closer look at the basic choices you’ll make when creating a character in the Cypher System.

The Cypher System offers four basic character types. Each type can be “flavored” to best fit the character concept, the genre or setting of your game, or to give the character a “multi-class” feel.
Your type establishes many of your starting traits: Your pools, edges, starting equipment, and special abilities, among other things. Some of these elements improve or are built upon as your character advances in tier.

The warrior is a good ally to have in a fight. Depending on the  genre and setting in question, a warrior might weild a sword and shield in the gladiatorial arena, an AK-47 and a bandolier of grenades in a savage firefight, or a blaster rifle and powered armor when exploring an alien planet. Warriors are physical, action-oriented people. They’re more likely to overcome a challenge using force than by other means, and they often take the most straightforward path toward their goals. Knights, barbarians, soldiers, mercs, tanks, and fighters, among other character concepts, are based on the warrior type.

The adept masters powers or abilities outside the experience, understanding, and sometimes belief of others. They might be magic, psychic powers, mutant abilities, or just a wide variety of intricate devices, depending on the setting. Adepts are usually thoughtful, intelligent types. They often think carefully before acting and rely heavily on their supernatural abilities. Wizards, psychics, clerics, psions, occultists, and fey-touched character concepts are based on the adept type.

The explorer is a person of action and physical ability, fearlessly facing the unknown in strange, exotic, and dangerous places. Explorers are physical, but also probably knowledgeable. Although explorers can be academics or well studied, they are first and foremost interested in action. They face grave dangers and terrible obstacles as a routine part of life. Adventurers, rogues, drifters, reporters, and detectives are among the concepts based on the explorer type.

The speaker wields words, influence, and leadership. Speakers are smart and charismatic. They like people and, more important, they understand them. This helps speakers get others to do what needs to be done. Bards, diplomats, leaders, priests, and mesmerists are all based on the speaker type. 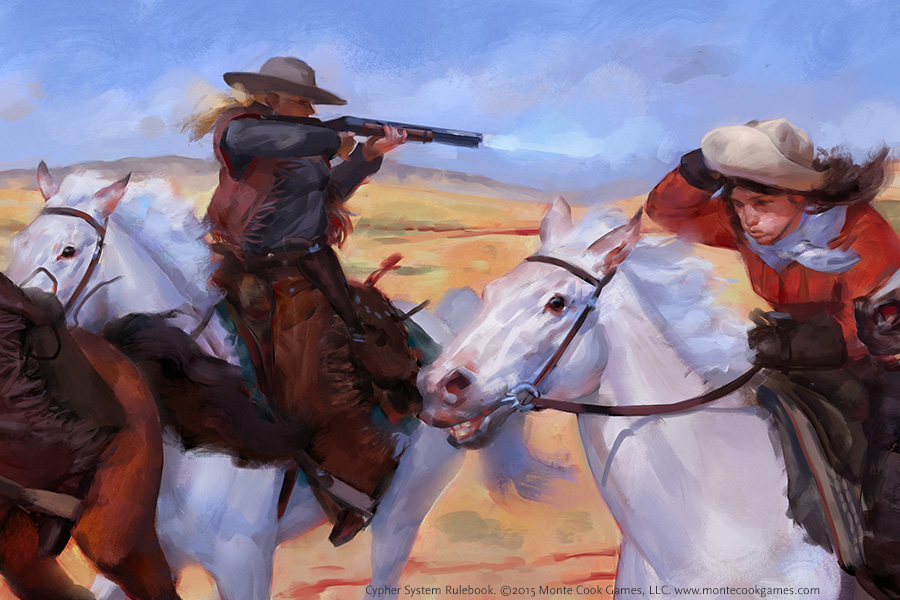 After selecting your type, you choose a descriptor, such as Appealing, Fast, Sharp-Eyed, Brash, Skeptical, or Virtuous. The Cypher System Rulebook includes about 50 descriptors to choose from.

Your descriptor does more than add roleplaying flavor. It also typically adds points to one or more pools, provides some skills, and offers one or more additional abilities and maybe even some inabilities (things your character is specifically NOT good at).

Finally, your descriptor provides options for how your character is linked to your campaign’s first adventure and the other characters.

Finally, you choose a focus, the third part of your character’s descriptive phrase. Foci include such things as Bears a Halo of Fire, Solves Mysteries, Fights Dirty, Moves Like a Cat, and even Doesn’t Do Much. There are dozens of options.

Your focus provides additional starting equipment, suggestions for minor and major effect results typical for your character, and one or more special abilities that stack up as your character advances in tier. It also includes options for how your character is connected to other player characters, creating a built-in rationale for character parties to come together.

Like types, foci are easily customized to the needs of your campaign. It’s even easy to build your own! 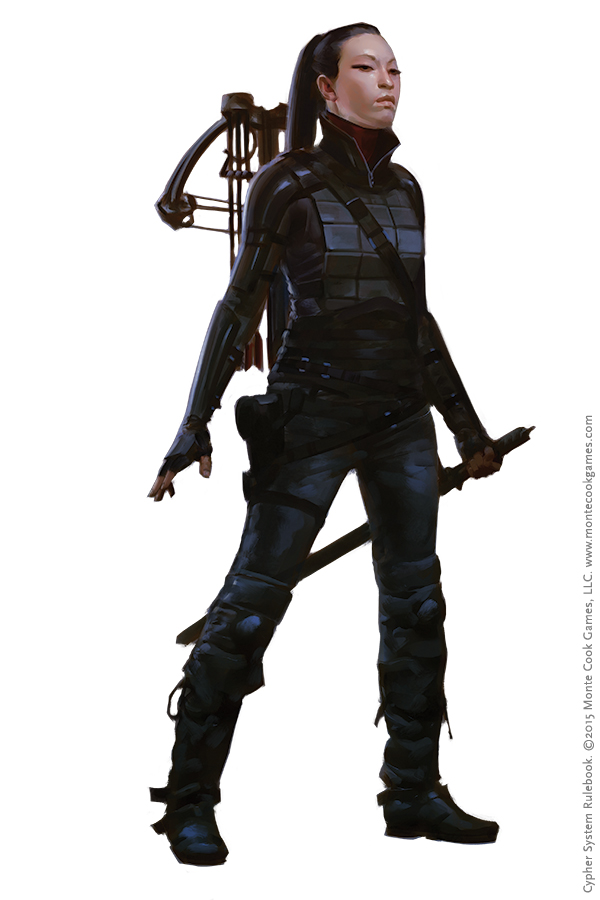 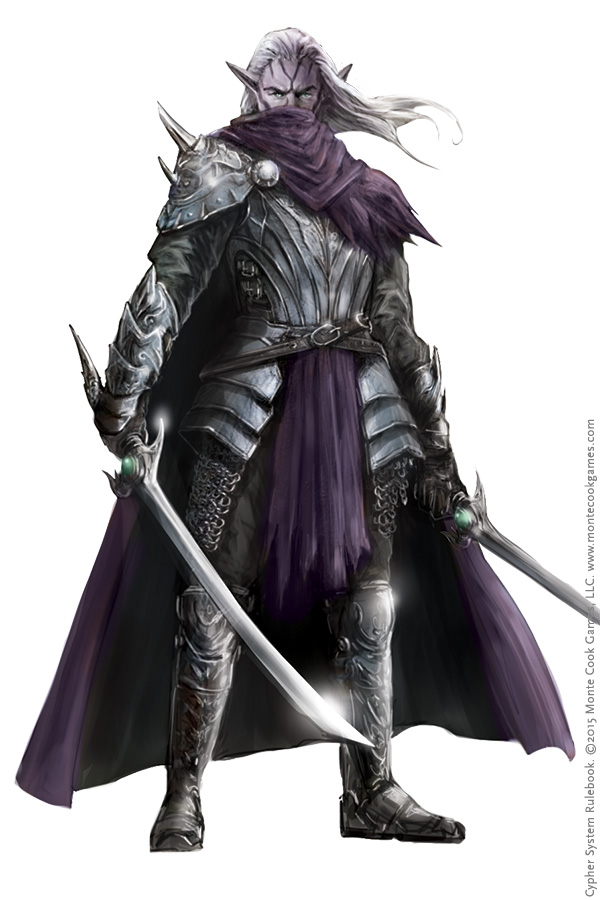 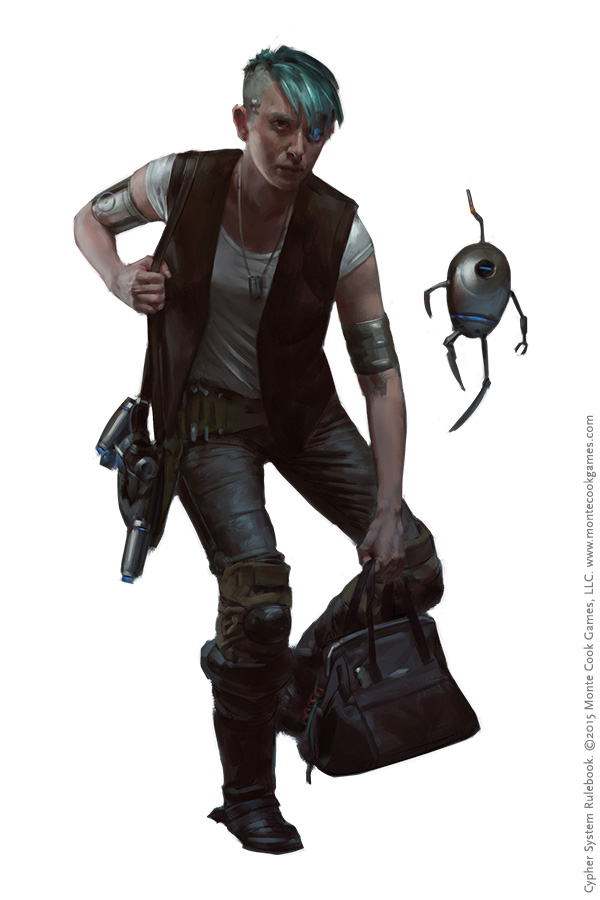 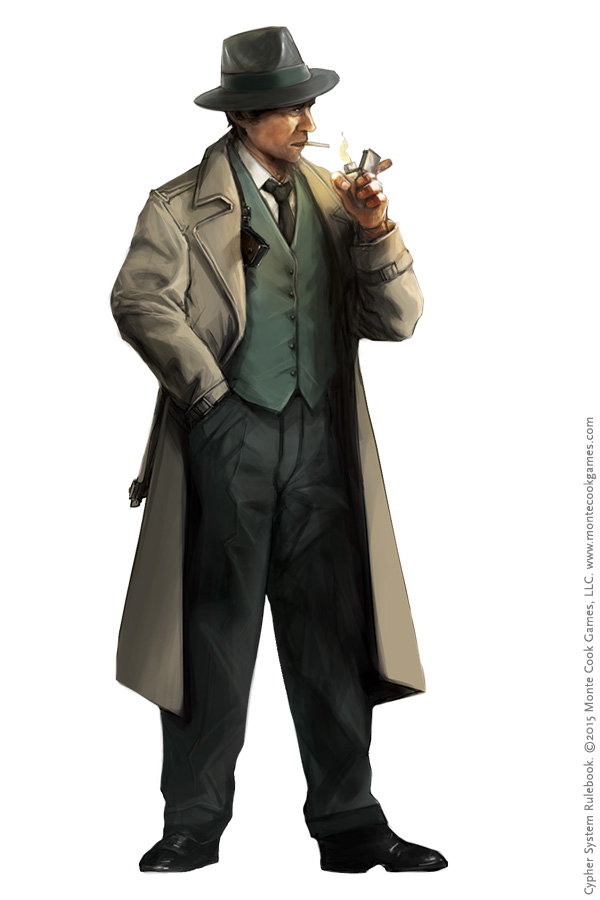 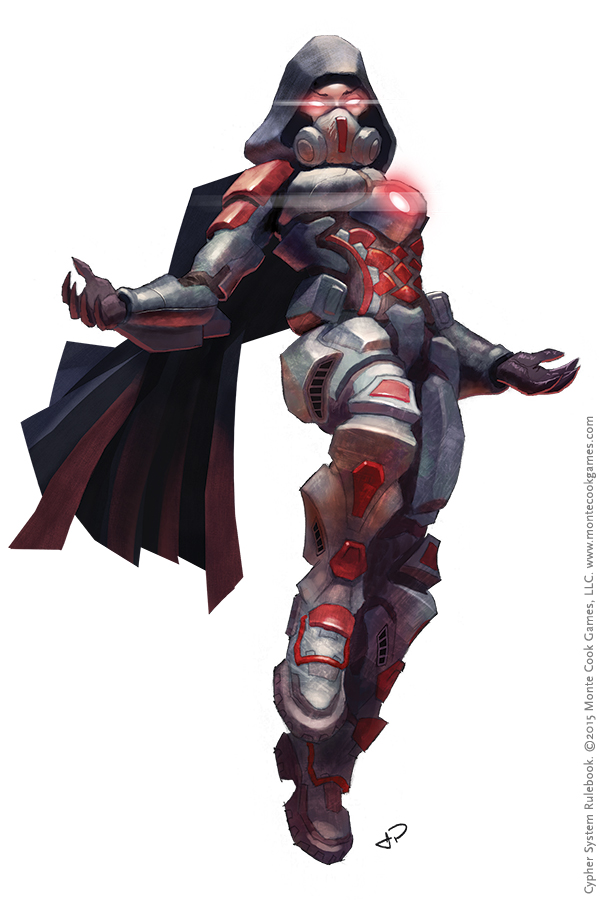 Next: A Look at Gameplay